To save her mother’s life, Clary must travel to the City of Glass, the ancestral home of the Shadowhunters – never mind that entering the city without permission is against the Law, and breaking the Law could mean death. To make things worse, she learns that Jace does not want her there, and Simon has been thrown in prison by the Shadowhunters, who are deeply suspicious of a vampire who can withstand sunlight.

As Clary uncovers more about her family’s past, she finds an ally in mysterious Shadowhunter Sebastian. With Valentine mustering the full force of his power to destroy all Shadowhunters forever, their only chance to defeat him is to fight alongside their eternal enemies. But can Downworlders and Shadowhunters put aside their hatred to work together? While Jace realizes exactly how much he’s willing to risk for Clary, can she harness her newfound powers to help save the Glass City – whatever the cost?

You guys, the next time I put off reading a series for a long time, please kick me in the ass and remind me of this post. I freaking love the Mortal Instruments and I don’t care who knows it. So there.

After being super impressed by the second book, City of Ashes, I couldn’t wait to see where the series headed. Honestly, even though I had some guesses, I did not anticipate even half of the plot twists and events that transpired in City of Glass. (Hence the reason for my post earlier this week.) Cassandra Clare sure knows how to take a story and turn it upside down on its head.

I loved the way each of the characters grew and developed over the course of the three books that I’ve read. Jace, in particular, matured quite a bit and it’s made his character way more likable. I had no idea what was going to become of Clary and Jace’s “tricky” relationship, but I like the way it’s panning out. I’ll admit, I was really disappointed that Clary and Simon didn’t end up together in the last book, but now I see why it was for the best. Speaking of Simon, I freaking love vampire Simon. I just love his personality and how he’s becoming so much more confident in himself now that he’s one of the Night Children.

It was interesting to finally learn a little more about Clary’s mother and see how learning the truth about her past has affected their relationship. She wasn’t in much of the story, but from the glimpses we got of her, I’d say she seems pretty cool. I’m looking forward to learning more about her in the other books.

Enough of the positives, let’s talk about the negatives.

I must get my hands on the next book. 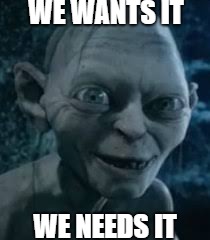 7 thoughts on “Book Review: City of Glass by Cassandra Clare”