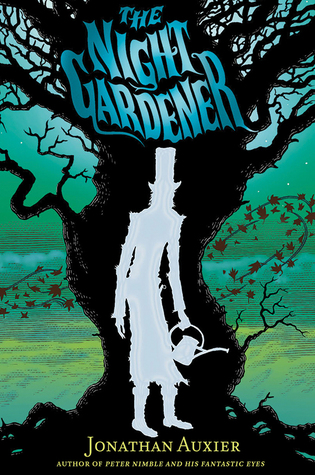 Orphans Molly and Pip have been through some rough times. When they show up at the strange Windsor manor they are hopeful that their lives are about to get easier, but instead they only get weirder. Neither the house nor the family are what they seem. The family is pale and sickly, there’s a giant tree coming out of the house, and there’s a man roaming the halls at night. Molly can’t figure out exactly what’s going on, but she knows that if she can’t figure it out soon she and her brother will be the next to fall victim to the sinister ways of the Night Gardener.

I really enjoyed this book. I definitely would have been creeped out by this one when I was a kid. It felt like something that belonged on the pages of Grimm’s or Poe’s tales.

Molly and Pip were good protagonists. Neither of them were the “hero” type or the “chosen one,” which I appreciated. Despite the young ages of the two, Molly and Pip struggled with some very adult problems (poverty, losing their parents, disability, etc.) and, as a result, interjected some real wisdom into the story.

The tree and the night gardener were spooky and weird. I liked the way the way the “monsters” and the house were all tied together.

Overall, this one gets a thumbs up from me. The story is good, the characters are great, and it was a fun read. The only potential problem a young reader might have with this is understanding the Irish dialect.

That’s one book down for the Halloween read-a-thon. On to the next one!

4 thoughts on “Book Review: The Night Gardener by Jonathan Auxier”